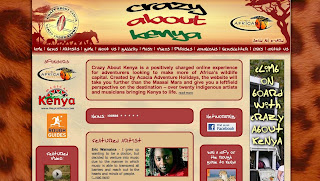 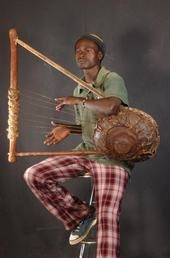 Excerpt from the Daily Nation (Kenya)

Though the eight-stringed Obokano is an authentic Kisii traditional musical instrument, all it earned Grandmaster Masese was scorn and ridicule when his villagemates in Nyamira saw him carrying it around.

Just after he completed high school, he began performing his music at social and public functions for a modest fee. Despite his efforts, people refused to see him as anything more than a lazy, improvident musician.

That was in 2004. Today, courtesy of the instrument, Masese, whose real name is Dennis Mosiere, is the envy of many in the same village.

He arrives tomorrow after a 10-day tour of the UK, where he was part of a group that performed at one of the biggest literary events in the world, the Hay Festival. They also performed at several other venues for Kenyans living in the UK.

Cut off my Tongue, a unique poetry performance show, is a production of Storymoja Publishers. The poetry, written by Sitawa Namwalie, among other things, addresses issues of ethnicity, bad leadership and corruption. It is accompanied by music and dance, and this is where Masese and his Obokano come in.

Although when he started off his musical career Masese had dreams of making it big, he had never thought that he would perform at such prestigious events. “I think all this is due to the focused approach I have given my work,” says Masese, who is also a poet.

From the contacts he made through his performances at Kwani, Masese was invited to the Pan African Literary Forum in Accra, Ghana, in July last year. And this year, he joined the cast of Cut off my Tongue as a replacement for Ingosti Star.

Among other high-profile events, Masese performed for Prince Edward when he came to Kenya in 2006 and at the Obama inauguration ceremony at the US Embassy early this year.

During the performance, which was also an art competition, he won the top prize with his song Twajivunia Kenya Yetu. His music has also been used as a soundtrack to a short movie called A Glass Story, done by German, Catherine Ender.

Masese has teamed up with Anthony Mwangi, a former Idols contestant, and they have been performing together.

You can contact Grandmaster Masese and sign up as a fan on facebook
Alternatively, find out more about this talented artist and his love of Kenya at Crazy About Kenya

Love Africa: On Tuesday 01 September Matt Hampton will be going under the knife in Morocco. A freelance journalist and photographer, Matt will also be leaving us with a few handy hints on how to haggle in the markets of Marrakech. Catch up with Matt's travels on his website
Posted by Acacia Africa Adventure Holidays at 10:00 PM