Culture Vultures In Nairobi Should Head To SLAM AFRICA 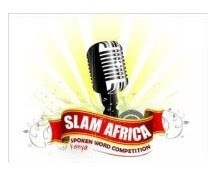 If you've visited the more leftfield underground venues of Brixton in London, then there's a good chance that you've been privy to the sights and sounds of some razor sharp beatnik poets.

A close encounter with the animal kingdom is more likely to be top of your list when you visit Africa's wildlife capital, however, now you grab some culture post safari with Slam Poetry sessions being held at the Daas Restaurant in Nairobi.

If you're not familiar with this aural genre, it's a head to head battle of the poets - rather like Pop Idol, but perhaps slightly more cerebral. There's also a swifter judgment for the entrants as they have only three minutes and a 30 second grace period to grab the attention of the crowd.

An event that is certainly mixed in terms of its performances, you can usually bet on some heavy hip-hop influences, which draw on dub poetry, a little non-rhyming narrative, ironic monotone deliveries, and if you're really lucky, beat boxers, and tap dancers who choreograph their written word.

The monthly sessions, run by Buddah Blaze of Spark Africa Management are worth the short hop from central Nairobi, as they're a chance to get under the skin of the capital's buzzing cultural scene. Better still, as it's open mic - you might even be able to share the stage and perhaps recite some more personal works, inspired by your stay in Kenya.

Here’s some virtual insight on SLAM AFRICA by DJ Wave, from the hip-hop group, "The Paramedikz (19th June 2009)

“For the first time since the first ever Slam Africa event, the show featured a line up of all new spoken word artists at Daas Restaurant. Nuru Bahati, David Omwage, Wanjeri, Jemedari, Kamakani, Kennet B, Wanjiku and Tuks were all eager to impress with their first slam performances.”

“Pepe Haze, another killer band member of the Paramedikz, kicked off the event in style accompanied by defending champion SpeCfyd and winner of King of the underground 2008; Black Skillz.

Wanjeri opened the second round with a standing ovation, but it was another lady who later stole the show. Wanjiku dazzled the crowd with her piece "I am only 14". Kennet B followed her into the final round and the two waited for a breathtaking 10 minute tie-breaker between Tuks and Nuru Bahati. Cheers filled the room, as both poets prepared to battle. First up, Nuru Bahati came through with a brilliant spiritual piece – and while the crowd chanting for another tie, it wasn't to be.”

“The final round was even more intense. Tuks, having only prepared three pieces for the Slam took a moment by himself, and decided instead of backing out to freestyle his final piece. Nail biting!

Sounds like the night was a hit – off the cuff talent from some amazing Kenyan artists! For future events you can contact Spark Africa Management at blaze@sparkafrica.com or telephone +254 721 219 564 or visit WAPI and the British Council on Facebook: WAPI (WORDS AND PICTURES). Event dates subject to change.

Acacia Adventure Holidays offers a 3-day city stays in Nairobi - so culture vultures can combine their safari with a separate adventure in Nairobi.

About the Author
DJ Wave can be contacted via the Crazy about Kenya site, which also features various tracks by the artist:

Africa Freak is back next week with some top tips on how to have the best safari. Catch up with Michael Theys on Wednesday 19 August…
Posted by Acacia Africa Adventure Holidays at 6:35 AM