Budget destinations: You'll be quids in with South Africa 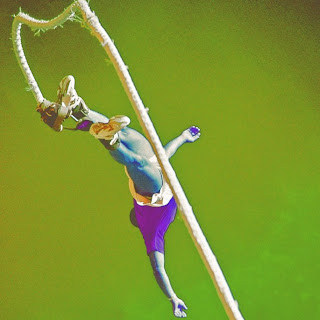 South Africa's currency has remained relatively static since 2008, with £1 GPB still fetching around 14 Rand. After getting a good deal from Acacia Adventure Holidays we know you’re likely to be swinging from the treetops, however, you can go one better on the 7-day Coast To Cape Town small group safari, as the itinerary covers the Tsitsikamma National Park – the location for the highest bungee jump in the world.  Other highlights include (optional) horse riding in Cinsta, wildlife viewing in the Addo Elephant Park, (optional) ostrich riding in Oudtshroon and a visit to Cape Town’s wineries. Only £445pp (based on two people sharing) + local payment from £278pp. Year round departures.

Posted by Acacia Africa Adventure Holidays at 3:11 AM