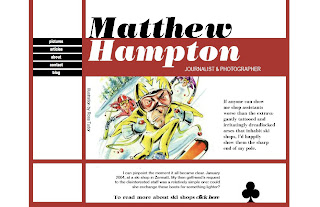 There are around 90 muscles in a human face. And I’m doing my very best to keep all of mine still.

Like most men on holiday, I’ve let my shaving regime slide. But after a few days off from the razor, it’s all starting to look a bit Grizzly Adams. This is how I’ve come to be sitting in Mohammed’s barbershop in Marrakech.

While shaving companies seek to outdo each other with ever more outlandish technology (take Gillete’s flagship model – a slightly silly six-bladed affair known as the Fusion), the barbering old school still relies on the faithful mono-blade. Not for nothing is it known as the cut-throat, and, rather alarmingly, there’s one gliding over my adam’s apple.

Barbershops are an institution across North Africa and the Middle East. The only place on earth where moustaches are still worn as an indicator of rugged masculinity, local coiffures hold sway over acres of stubble every week.

Mohammed’s shop is small, but tidy. There is a certificate in front of me from the L’Oreal Institute in Paris. But it is very old. Other ornamentation includes a few of those pictures you see in antiquated barbershops: all quiffs and bouffants that look as though they’ve been stuck on in one piece, like Lego.

Nevertheless, Mohammed is immaculately styled, with nary a stray hair in sight. Mind you, I expect someone else looks after his.

Shaving rituals differ from country to country, but all begin with a luxuriant dollop of soap massaged into the beard. This is nice. The whisk of the razor is somewhat more alarming, particularly around the throat, but I emerge with neither a nick nor a scratch. A hot towel sees me on my way and I’m as smooth chinned as I’ve ever been. Heaven. I wonder if I could carry off one of those Lego styles?

So now to the haggling...

Think of the souk as an early forerunner of eBay. You could leave with virtually anything – any pay anything for it. Follow these rules and you’ll get the most out of Morocco’s many markets, fairly and squarely.


Catch up with Matthew Hampton, a freelance writer and photographer on his website
Posted by Acacia Africa Adventure Holidays at 7:03 AM